We all know him as the scuba honeymoon killer…. not only a sick man, but a pretty stupid diver…
In a highly unusual step, now retired Queensland coroner David Glasgow said publicly last year that he was willing to give evidence against Watson over the scuba diving death of his wife Tina in 2003.

The prosecution team led by Alabama’s assistant attorney-general Don Valeska had considered calling Mr Glasgow as a witness to help bolster their case that Watson allegedly murdered his wife while the couple were on their honeymoon in north Queensland.

But Mr Valeska told Alabama circuit court judge Tommy Nail today that prosecutors had decided not to call Mr Glasgow as a witness.

Watson has already served an 18-month jail sentence in Queensland after pleading guilty to his wife’s manslaughter while the pair dived near the wreck of the SS Yongala near Townsville.

Mr Glasgow used his power as a Queensland coroner – which applied at the time Tina died but was later removed from the state’s laws – to directly charge Watson with the murder of his wife after a four-week inquest that ended in 2008.

Queensland’s Director of Public Prosecutions later reduced the charge to manslaughter after Watson voluntarily returned to Australia to face what was then a pending murder trial.

Watson’s defence team had argued that any evidence from the retired Queensland coroner should be dismissed as hearsay. 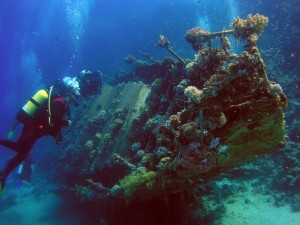 With passion and precision, the Oceans Discovery team has launched the first ever Shark Route