At the Gulf of Mexico, for more than a hundred years when the Deepwater Horizon oil rig exploded, research ship heads to gulf and had finally succeeded in controlling the blowout spewed millions of gallons of oil.

Yet to paraphrase Winston Churchill, this is just the end of the beginning. The creatures that live in, and the people that depend on the Gulf of Mexico will be affected by the oil spill for years, and we are just starting to comprehend the scope of this tragedy.

On Saturday, August 7 in Fort Lauderdale, Oceana launched an ambitious, eight-week scientific expedition in the Gulf of Mexico. The goal is to assess the effects of the oil spill on the marine environment, and spread the message that ocean oil drilling is too dangerous to be allowed to continue.

This expedition team, led by Oceana’s Chief Scientist Mike Hirshfield and Oceana’s vice president for Europe, Xavier Pastor, will also include research by Dr. Jeff Short, Oceana’s Pacific science director and one of the world’s leading experts on Exxon Valdez and the effects of oil spills from his years as a government scientist at NOAA. The crew also includes scientists, divers and underwater photographers from our USA, Chile and Spain offices, as well as academic scientists.

Working from the Latitude, a 167-foot ship capable of sailing in shallow and deep waters, the crew will test for underwater oil and study important seafloor habitats as well as the migratory marine life affected by the spill. This includes endangered sea turtles as well as the rare whale shark. 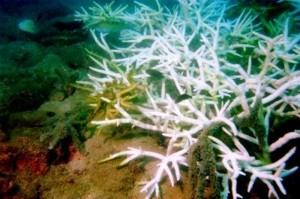