A group of Australian and vietnamese researchers joined in a certain project. Their goal is to preserve and uncover Vitenam’s underwater heritage.

The project, a collaboration between the Bach Dang Battlefield Research Group and the Vietnamese Institute of Archaeology, is aiming to uncover material such as ships, underwater cities and aircraft.

“Unfortunately for about 20 years the Vietnamese were entering into agreements with treasure hunters, the treasure hunters would come in, raise a lot of material and it would all be sold.

“They would lose access to their own cultural heritage.

“As a result they brought in legislation, regulation which stops that kind of thing happening any more, at least in principle.”

Professor Staniforth says his particular research is focused on the site of the defeat of Kublai Khan’s fleet by the Vietnamese in 1288.

The site is now covered by rice paddies, Professor Staniforth says, so tools such as magnetometers, metal detectors and ground-penetrating radar must be used.

Professor Staniforth says the team have done some excavation already and are planning more for next year.

“It’s a medium to long term strategy so that the Vietnamese have their own capacity to do the kind of work that we can do in Australia.”

Previous: Dive Rite Program for Kids
Next: The Effect of Mine Pollution 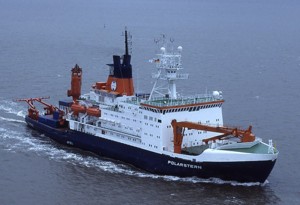