For so much passion he had for scuba diving, he is considered as the OLDEST scuba-diver. For Limerick, age never stops him for going underneath the ocean floors even if he is already 80 years old.

A founder member of Limerick Sub Aqua Club, Ronnie Hurley, from the North Circular Road, is believed to be the oldest scuba-diver in Limerick and possibly the country.

To celebrate his 80th birthday and pay honour to his life-long service to the club, fellow members threw him a surprise party in the Locke Bar recently, much to his initial embarrassment.

“Ronnie is a real Limerick hero. He is a fantastic, inspiring figure. He is without a doubt admired throughout the whole club and further afield,” said Mike Orth, chairman of the club, which Ronnie helped establish in 1960.

After 52 years of scuba-diving he continues to serve as an inspiration to others whose life’s passion is to swim at the bottom of the dark, blue sea.

“When I started diving in my 20s I wanted to boast that I’d dive into my 80s. Now, I only dive in good conditions, when the water is warm and there’s plenty of fish life. Back then I’d dive every weekend, and would curse the weather if it wasn’t right. Now I think the odd time ‘Wouldn’t it be lovely to be diving today’,” he told the Limerick Leader.

Now, as his agility and hearing is not what it once was, he is grateful to his fellow club members, who assist him with his air tank, and watch out for speed boats as he comes to the surface. He can’t just hop off the boat and dive into the water, he says. “I need help putting on my gear and my fins. I’m a bit stiff. I’m not an invalid but I have to be helped. Age is relative. I don’t look at myself as an 80-year-old diver, but I’m lucky people put up with me,” said Ronnie, who is affectionately known by his friends as ‘Old Grouchy’.

“I’m blessed with a reasonable body, that’s why I try to do this. People say ‘Aren’t you great to do this?’, but I’m not. It’s just what I enjoy.”

With ongoing medical trials, necessary for anyone who dives, it has helped that he never drank or smoked. “Fitness is my thing,” says. He goes to the gym three times a week, and cycles around town. Due to his age his consumption of air underwater is also higher, meaning his dives are now shorter, but that’s not a deterrent for him and others who are members of ‘the Gods’ (the Golden Oldies Diving Society), which counts members all over the country.

His advancing years have also taught him a few key lessons about having the best dive.

“When you start off you want to dive as deep as you can but you get over that. But there’s a limitation of about 30 metres in most countries, which takes about 30 to 40 minutes, but diving to 20 metres is much nicer. The deeper you go it becomes darker, more sparse and the colour spectrum diminishes.”

He says another advantage is that he is a “most ordinary swimmer, but is comfortable in the water”.

“Sometimes faster swimmers aren’t at ease in the water. It’s something you either have or you don’t. I don’t wish to encourage people too much to try scuba-diving, because it’s something that should come from you.”

“Diving is kind of an adventure sport. I was always intrigued with under water, even before I learned to dive,” he explains.

His first attempts to dive began in the Corbally Baths and Dromore Lake, when he and his friends would have competitions holding their breath underwater for as long as possible.

Then, after reading ‘The Silent World’ by the famous diver Jacques Cousteau, published in 1953, he was hooked.

“It was very inspiring.”

The title of the book and film, which won a Palme D’Or in Cannes and an Academy Award in 1956, still sums up to Ronnie the beauty of diving: “ All you hear is the sound of your own breathing.”

His first proper dive was in Spanish Point in 1960, and since then he has dived in the West Indies, Spain, Florida and Great Britain.

While his favourite diving location is the Red Sea, “a mecca for divers”, and he regularly dives in Gran Canaria, his dive in Florida certainly stands out.

He and four others dived off the largest ever deliberately sunk vessel, the USS Spiegel Grove, measuring 155 metres in length, off Key Largo where six divers have lost their lives. “It was an amazing dive, just awesome,” he says.

Limerick Sub Aqua Club is one of the oldest clubs in the country, and currently has over 50 members. Previously its membership was in the hundreds, but Mr Orth, a native of Maryland in the United States, said diving now has to compete with the growing number of adventure sports on offer. The number of young people who join has also declined as parental supervision is needed, but some teenagers often begin learning alongside their parents. Ronnie himself has enjoyed “lifelong friendships with people who started out in the club as young members”, and he is there each week watching everyone do their practice dives in the pool in the University of Limerick Arena. “I’m not a superhero,” he says. But to some, he clearly is.

Previous: The Dirtiest Job Ever
Next: Asteroid Mission Under the Ocean 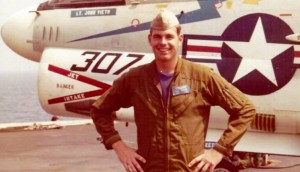 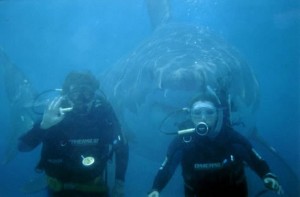